Fertilizing and seeding come to be a couple of sibling tasks that every gardener has to do once in a while. And doing so, it’s obvious to take the help of a tool to make stuff easy-going.

But the question is, which one would be your companion between drop spreader and broadcast spreader?

For some of us, both of them share some common perks and features. And the rest of their features are unique to each other. In this article, we’re going to put a thorough discussion on Drop Spreader Vs. Broadcast Spreader. By the end of it, you will be able to make a clear choice between these two.

What Is a Drop Spreader?

As you can sense from the name, drop spreaders are fertilizing tools that are used in fertilization on a ‘drop-on-the-ground’ basis. The mechanism can be simply explained like this-

With every drop spreader, there is a bottom opening. There is a vibration mechanism implied in the spreader, and whenever it vibrates, it drops the item contained in the seed/fertilizer container. The main and only driving force is the earth’s gravity here.

Simply put- drop spreaders can be of either manual and tow-behind tubes.

With a manual one, you have to drive it yourself. While the tow-behind one can be run with an ATV, mower, or other automotive. 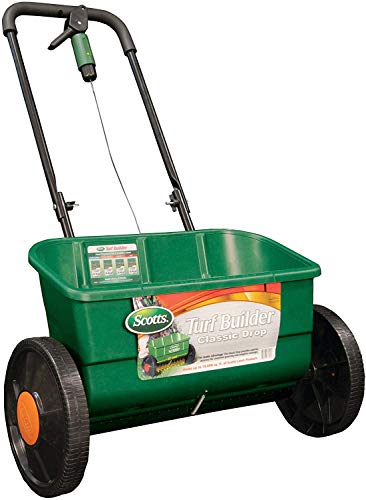 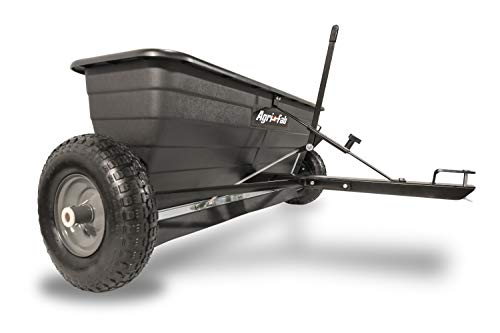 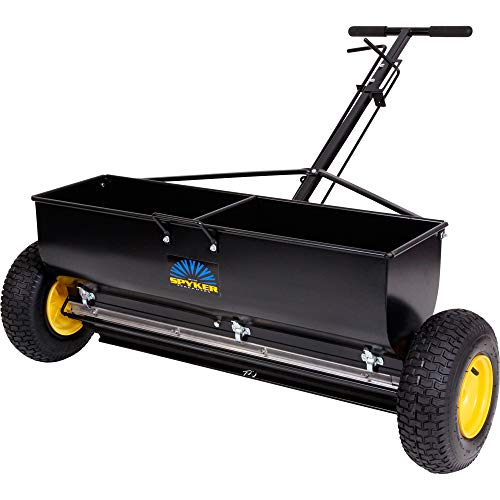 What Is a Broadcast Spreader?

Broadcast spreaders, on the other hand, are advanced spreading technology as long as fertilizing and seeding are concerned. With this tool, a combination of a flywheel (with groove) and a hopper is used.

Seed or granular fertilizer is put in the hopper, while the flywheel lies beneath that. While the spreader gets to move (either by hand or with an automotive), seeds or fertilizers find their places into the grooves of the flywheel. Then, as per the speed of the flywheel goes, the granular items are spread out as an arc.

Just like drop spreaders, broadcast ones are also of two kinds- the manual ones and the tow-behind ones. Manual ones are usually less efficient but good for the money and small area coverage. On the other hand, large-scale fertilizing or seeding would require tow behind broadcast spreaders. 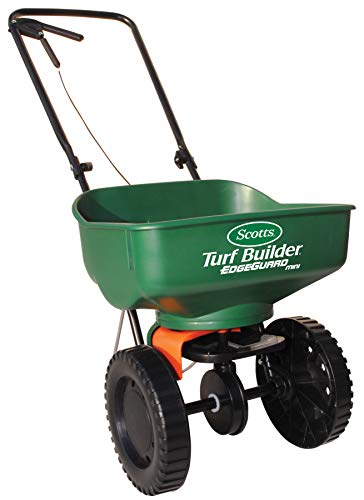 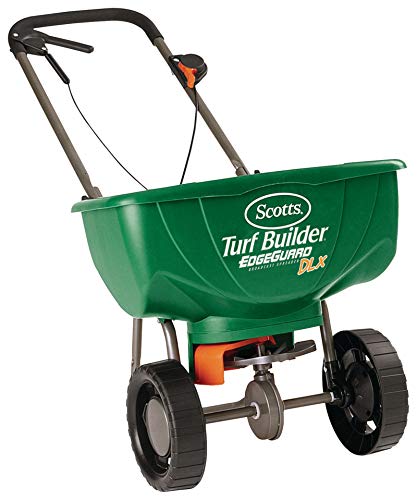 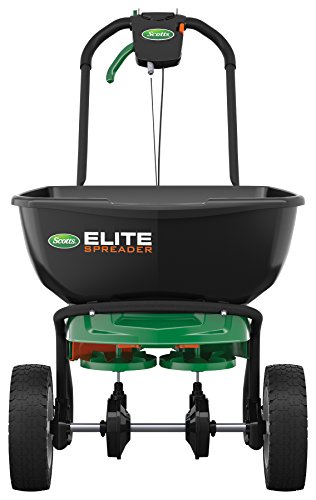 Things to Decide to Choose Between Drop Vs Broadcast Spreader

Well, we are at the core of today’s concern- the decider round as a quality spreading tool. We will be talking about some of the most important factors that would help you to decide whether you should put your hand on a drop spreader or a broadcast spreader to go with fertilization chores in the garden.

Factor 1: The Area that You Need to Cover

This directly addresses the ground area of the lawn that you need to cover with a spreader. As long as the spreading technique goes, drop spreaders are easier to handle, but less in terms of efficiency. With a given time, you cannot cover as much area with this as it would be with a broadcast spreader. The reason is, it spreads vertically, not in a circle.

On the other hand, broadcast spreaders spread the items in a fan-like motion to an arc-shape. That covers a way wider area at one turn.

Both of these spreaders will cover a fair share of the extra area while attached as a tow-behind mode. But the difference of the coverage will still be the same.

Factor 2: The Accuracy of Spreading

Drop spreaders might be slow, but as it drops the seed vertically, you can put them right on the place accurately and uniformly. Also, environmental factors like wind, etc. also leave less effect on vertical dropping from a drop spreader.

On the other hand, broadcast spreaders spread seed in a circle, and the throwing direction is horizontal. So, there is a decent chance of un-uniform and accurate placement. With the tow-behind mode, that’s even more severe.

Factor 3: The Shape or Your Area

This might sound fishy, but not all types of spreaders are good for all kinds of lawn areas.

With an average type drop spreader, it would be the best output if you cover an area with a rectangle, square, or polygon shape. It would be easier to divide the area into parts and take care of each.

On the other hand, broadcast spreaders are quite flexible in this case. Almost any type and shape of lawn or farm area can be brought under this kind of spreader.

Needless to say, the cost comes as an obvious factor in choosing a gardening tool. It’s no different with spreaders as well.

As there is less complex and less hardware used in a drop spreader, it comes for a cheap price point. Varying from brand to brand, the range is $30 to $150. The used ones come for an even cheaper price.

On the other hand, the range of broadcast spreaders is as wide as $30-$300. They come with a number of additional facilities, which you might not mind paying for. Often, the high-end models are used in commercial farming and require high maintenance.

We are right on the bottom surface of today’s discussion on drop spreader vs broadcast spreader. We think, if you know your necessity and budget, you should be able to make a clear choice from the discussion we’ve put above.

Apart from everything else, you are advised to be as careful as you are with any other investments after lawn and garden care gadgets. Because both of them are not unmixed blessings in the market.

How to Use A Broadcast Spreader? - The Beginner’s Guide

Pest Management in the Garden without Pesticides

Added to wishlistRemoved from wishlist 0

Advertiser Disclosure:
We may receive commissions on purchases made from our chosen links. However, this does not impact our reviews.
Latest Posts

Wheelbarrow Size Guide: What Size Do I Need?